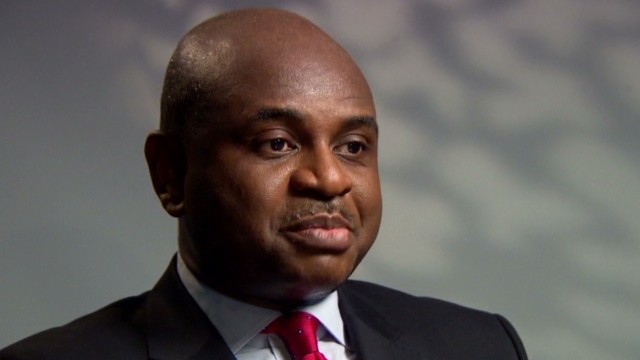 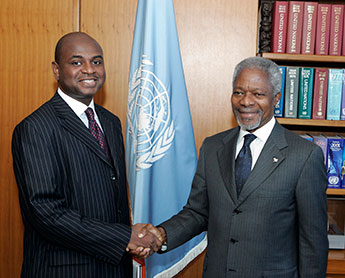 Official Monetary and Financial Institutions Forum
The former CBN Deputy Governor was also appointed to the global Advisory Board of the London based Official Monetary and Financial Institutions Forum (OMFIF) immediately after his tenure at the CBN. OMFIF is an influential think tank and network of global institutional private investors and monetary policy experts. Prof. Moghalu is a Senior Advisor to OMFIF, one of eight members of an elite group, including:
Norman Lamont (Lord Lamont of Lerwick), Former Chancellor of the Exchequer of the United Kingdom
Fabrizio Saccomanni, Former Minister of the Economy and Finance of Italy and Former Governor of the Bank of Italy
Dr. Edwin Truman, Former United States Assistant Secretary of the Treasury for International Affairs
Dr. Mario Biejer, Former President of the Central Bank of Argentina

Public Speaking & Media
Speaking at the Wilson Center Prof. Moghalu also is a much sought after speaker at global forums, and is a frequent commentator on global media such as CNN, BBC World TV, Bloomberg, and the London Financial Times. As world attention focused on Nigeria’s presidential elections in 2015, CNN turned to the ex-central banker for commentary and analysis on the country’s economy and politics in several interviews with the CNN global business and economy anchor Richard Quest.
Institute for Governance & Economic Transformation
A man with a vision to influence the future, Prof. Moghalu founded the Institute for Governance and Economic Transformation (IGET) in 2016. IGET is a public policy think tank focused on contributing evidence-based solutions to help Nigeria and other African countries achieve inclusive growth and prosperity. Chiedu Moghalu was inspired to meet a need created by the absence of credible think tanks to nudge his native Nigeria towards becoming a policy-oriented society.
Other Accomplishments
Professor Moghalu is the recipient of several honors, including the Officer of the Order of the Niger (OON) conferred by the President of the Federal Republic of Nigeria, Fellow of the Chartered Institute of Bankers (FCIB) of Nigeria, and the Rotary International Distinguished Service Award. He is also a member of the American Economic Association, American Bar Association, Academy of International Business, Global Association of Risk Professionals, and the Nigerian Bar Association.

Family
Professor Moghalu is married to Mrs. Maryanne Moghalu, a lawyer and social entrepreneur, who is the Executive Director of the Isaac Moghalu Foundation that the Moghalu family established in 2005 in memory of the family patriarch Isaac Moghalu. IMOF supports educational institutions and disadvantaged children and youth with educational infrastructure such as libraries as well as scholarships. The Foundation was inaugurated at Nnewi in December 2005 by Gen. Yakubu Gowon, a former Head of State of Nigeria. Kingsley and Maryanne Moghalu have four children.
Prof. Moghalu has four siblings: Nancy Ijeoma Ijemere is a Senior Information Technology Specialist and holds a Master of Science in Information Technology from Carnegie Mellon University; Chris Moghalu, educated at Howard University, is a security expert and previously served in the US Army Military Intelligence; Robert Odi Moghalu is a US High School educator who is also an author of three books; and Chikezie Moghalu, a petroleum engineer with Chevron Corporation, and who holds a master’s degree in petroleum engineering from the University of Southern California.