Home › Uncategorized › URGENT: Save Ben From Deportation After Living In Ireland For 14 Years

URGENT: Save Ben From Deportation After Living In Ireland For 14 Years 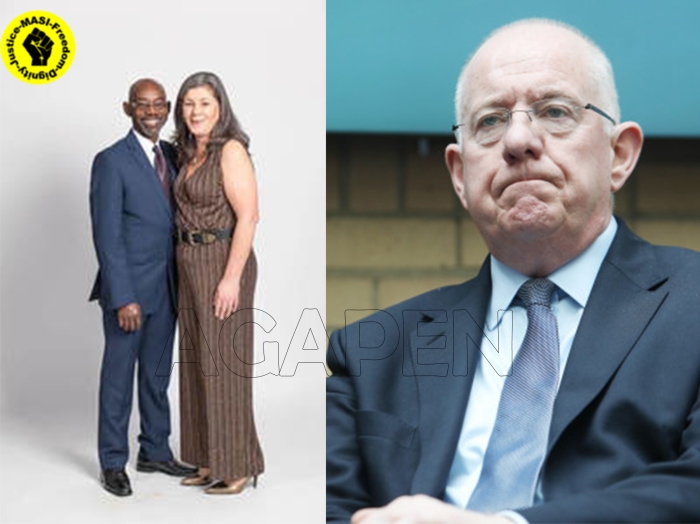 Revoke the deportation order
Why is this important?
Ben and Bernie have provided invaluable support to asylum seekers in Direct Provision over the years, particularly those in emergency Direct Provision centres without adequate material supports.
They have been collecting donated items from members of the public and distributing them to asylum seekers. Ben and Bernie are longtime Movement of Asylum Seekers in Ireland supporters. They have stood with us and now it is time for everyone to stand with them.
Benjamin Akhile received a deportation order on the 16th March 2020. He has been residing in Ireland for 14 years. Seven of those years he has been in a relationship with Bernie D’Arcy.
During his time in Ireland Ben has completed many courses right up to Fetac 6 and told to apply for university next. His chosen profession was journalism and he has a degree in Mass communication.
To be deported means that he would be sent back to a country where he has neither family or friends left. But he has the support and love of his partner Bernie and a wide circle of friends here in Ireland.
As he suffers from diabetes 2, hypertension and high blood pressure Ben needs adequate access to medical care equivalent to the access here in Ireland. If deported back to Sierra Leone at 54 he will suffer greatly.
He has enriched lives here in Ireland through his daily life and he’s has been enriched. Revoke the deportation order Minister Charlie Flanagan.
CLICK HERE TO SIGN THE PETITION TO SAVE BEN
Campaign created by Bulelani Mfaco

Like Loading...
‹ Coronavirus And The Hope Of The Righteous
US Surgeon Who Separated Conjoined Twins, Dies Of COVID-19 ›