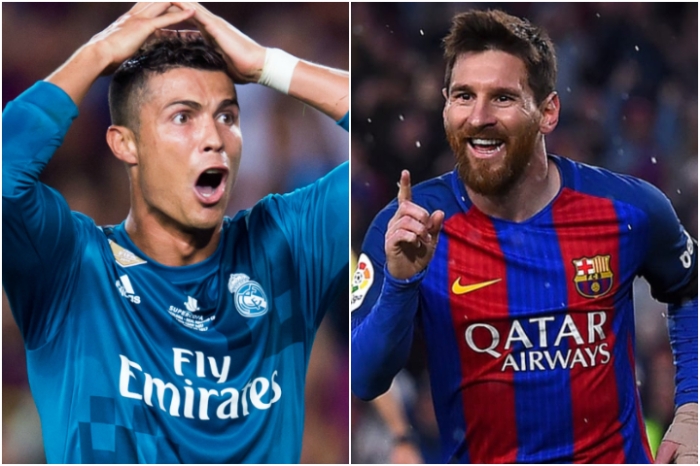 Football superstar, Lionel Messi smashed another record with his match-winner against Real Sociedad, over the weekend. The reigning World Footballer of the Year converted a penalty against Real Sociedad brought his total career league tally to 438 goals in 474 games.
This late penalty got the full match points for Barca who go two points clear of rivals Real Madrid, who still have a game in hand.
Lionel Messi’s
Lionel Messi and Cristiano Ronaldo are no longer LaLiga rivals. However, one league-based battle still remains between the pair as they continue to fight for the title of all-time top scorer of Europe’s top five leagues.
Messi converted a VAR-awarded penalty in Barcelona’s 1-0 win over Real Sociedad on Saturday to regain first place. The Argentine superstar has now scored 438 league goals in 474 games for Barcelona.
That’s one more than Ronaldo on 437 goals, although the Juventus striker has played considerably more games at 540. In that sense, Messi holds a significant lead on average with a goal every 1.08 league games, compared to Ronaldo with a goal every 1.23 games.
Ronaldo had surpassed Messi on January 25th with his goal against Napoli and held the lead for six weeks, but now finds himself behind his former Barcelona rival once again. The Portuguese international will now have a chance to draw level or restore his lead when Juventus meet Inter on Sunday evening.
Ronaldo has 25 goals in 31 goals across all competitions this season. With 21 league goals, he is second in Serie A’s top scorer table, which is currently led by Lazio’s Ciro Immobile with 27 goals.
Messi, meanwhile, almost identically, has 24 goals from 31 games this season. He is currently leading the race for LaLiga’s Pichichi trophy with 19 league goals. Messi is now the all-time top scorer in Europe’s top five leagues, one goal ahead of Ronaldo’s 437 goals for Manchester United, Real Madrid, and Juventus.

Like Loading...
‹ Meet The 5 Doctors Who Are Sisters From Same Parents (PHOTOS)
If You Marry In Haste, Satan Will Package One Of His Cousins For You As A Suitor – Mike Bamiloye ›