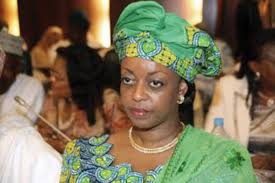 This move came on the heels of the declaration by President Muhammadu Buhari on his first day in Aso Villa office that he inherited an almost empty treasury from his predecessor, Dr. Goodluck Jonathan, thus vowing that his administration would recover all the looted funds stashed in foreign banks by corrupt Nigerians.

“The next three months may be hard, but billions of dollars can be recovered, and we will do our best,” the President was quoted as saying in a statement signed by his Special Adviser on Media and Publicity, Mr. Femi Adesina.

Some of the countries where looted funds from Nigeria have been kept in the past include Liechtenstein, Luxembourg, Switzerland, the United Kingdom and the United States. Others are France, Germany, British Virgin Islands and other tax havens spread across the globe.

Adesina  further said that  the search for the looted funds will not be limited to these countries but anywhere in the world where they may be hidden. He said, “The search will not only cover UK, US, Switzerland, Germany and other known havens for Nigerian looted funds but will cover everywhere under the sun. Anywhere and everywhere that the looted funds are, we have an assurance from the United States of America to assist us to repatriate these funds from anywhere under the sun.”

The Federal Government’s investigation was meant to identify the individuals who engaged in corrupt practices and ascertain the sums of money involved with a view to repatriating them. One of our correspondents also learnt that anti-corruption agencies will play a prominent role in the exercise targeted at corrupt government officials in the recent past administration and their private sector collaborators, among others.

To this end the Federal Government is planning to engage the services of foreign private investigators to help trace and find looted funds belonging to the people of Nigeria. “Everything that needs to be done to get all those funds repatriated will be done, including engaging private investigators,” the Presidential spokesperson added.

Buhari had lamented that officials of the recent past government jettisoned all financial and administrative instructions put in place in parastatals and agencies while embracing impunity, lack of accountability and financial recklessness in the management of national resources. This, the President decried, had thrown the country into financial crisis.

The foreign search, which is expected to be thorough, will, among others, be directed at foreign banks with the ultimate aim of getting incontrovertible facts and figures that can aid the government in collaboration with the US and other members of the G7 nations to recover stolen funds stashed abroad.

Adesina said the identification of foreign banks being used to stash stolen funds was one of the mandates given to Buhari during a meeting he had with President Barak Obama at the recent G-7 summit in Germany. He said, “When the President met with the G7, the promise that the American President gave him was that Nigeria should just provide all the facts, the figures, the statistics, including the banks.

“He promised that if Nigeria could make the information available, then the US will help in recovering the stolen funds.” When asked specifically if the Federal Government had started identifying the banks, the presidential spokesman said, “Yes. In fact, the President said the government will spend the next three months identifying banks, individuals and monies that have been ferried out of this country.

“The assurance the President has given is that within the next three months, we have to concentrate on getting those monies back to the government coffers,” he added. Buhari had said early in the week that his administration had received firm assurances of cooperation from the US and other countries in his quest to recover and repatriate funds stolen from Nigeria.

Buhari, while granting audience to members of the Northern Traditional Rulers Council led by the Sultan of Sokoto, Alhaji Sa’ad Abubakar III, at the Presidential Villa, Abuja, had said that it was now up to Nigeria to provide the international community with the facts and figures needed to drive the recovery effort. He said he would be busy, in the next three months, getting the facts that would help in recovering the stolen funds. “In the next three months, our administration will be busy getting those facts and the figures to help us recover our stolen funds in foreign countries,’’ the President had said.

The Federal Government may also go after property owned by public fund looters in London, Dubai, US, Saudi Arabia and other choice international real estate markets where Nigerians are known to be some of the biggest buyers. It was also learnt that the Department for International Development, a UK government department responsible for administering overseas aid, had alerted the President on over N1.3tn stolen during the last administration, where it is kept and who the beneficiaries are.

This money, a source close to the DFID said, is a low hanging fruit that the President can pluck during his first six months in the office with the help of the UK, US, and other G7 members without hassle. “This was one of the agreement reached between President Buhari and the G7 countries when the former attended their meeting in Germany,” the DFID source said.

The US in March 2014 had ordered a freeze on $458m in assets stolen by the late Head of State, Gen. Sani Abacha, and his accomplices. Abacha died in office in 1998. The US Justice Department named two bank accounts in the Bailiwick of Jersey and two other accounts in France as depositories of $313m and $145m Abacha loot respectively. Four other investment portfolios and three bank accounts in Britain were also frozen, with an estimated value of at least $100m.

Similarly, the Crown Prosecution Service in the United Kingdom had estimated former governor of Delta State, James Onanefe Ibori’s loot stolen to be around $250m. Ibori, who is serving jail term for corruption charges in a UK prison, was said to have bought six property in London, including a six-bedroom house with indoor pool in Hampstead for £2.2m and a flat opposite the nearby Abbey Road recording studios. There was also a property in Dorset, a £3.2m mansion in South Africa and further real estate in Nigeria.

He also owned a fleet of armoured Range Rovers costing £600,000, a £120,000 Bentley, a £300,000 Mercedes Maybach, and a private jet for £12m. President Buhari said the last administration mismanaged the economy while stating that it was a disgrace that state governments in the country can’t pay salaries; hence, the need to recover looted funds wherever they may be hidden.